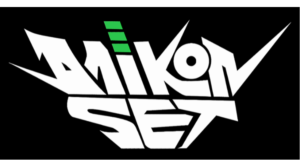 According to Wikipedia, the word daikon literally translates to “big root” in Japanese. It is described as a “mild flavored winter radish” that is “characterized by fast-growing leaves and a long, white, napiform root. However, Daikon Set, by Butterfly Corporation, is a downloadable suite of three retro-style (think Atari 2600) mini-games for the Wii U. On the fourth of July holiday, my son and I were playing some Wii games on my Wii U when I noticed a little Mii in the online Miiverse saying something on the order of, “This game is actually free!” I thought, why not, and clicked on it. 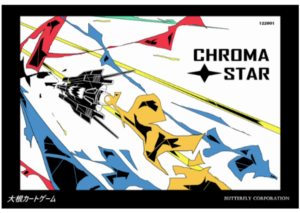 Daikon Set takes a little while to download and install but once I had it running, I encountered a menu with three game options. The first game is called Chroma Star. At first glance it looks like a space invaders type arcade shooter. When I went to shoot the enemy ships, however I learned very quickly that my laser bullets were not blowing them up but were instead just pushing them back. The objective is to continue to push back all of the invading ships until the background musical score finishes playing. 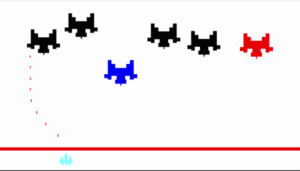 The first few times picking it up and playing through the game it was much more challenging than I expected. But after a little practice, it actually became quite boring and tedious waiting for the song to end. A scoring system where I could have received a high score would have probably eliminated this sour feeling. I made it through the first two levels to reach a final level boss fight. All I had to do in the boss fight was to dodge a mild bullet hell and then I was greeted with a screen informing me the game was complete. 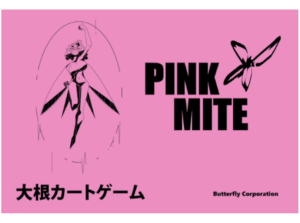 The second game is called Pink Mite. In this game, the player plays as a little fairy inside a bubble, floating around dangerous obstacles attempting to collect bubbles along the way. Miss a bubble and you die, and the game ends. Hit an obstacle, same deal. The concept of game play is similar to playing a water level in a Mario game. You press the primary fire button to float in the direction the D-pad is pointing. Yet the controls are incredibly fluid and responsive. Every time my fairy died, it felt fair and was almost frustration free. In fact this is an incredibly relaxing game. It’s the kind of game that I could see myself coming home from a long day of work and playing just to forget about the stresses of life for awhile. 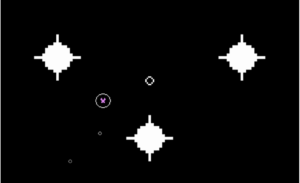 The music in Daikon Set is composed of surprisingly good chip tune mixes. The title theme is incredibly catchy, and the themes for the levels are relaxing and put me at ease while I play. I suppose that was actually a frustrating thing for me. While I was on edge trying to concentrate on beating a level, the soothing flow of background music was out of sync with my emotional feelings of concentration. When I’m really into this game, I somehow get annoyed at how relaxed it makes me feel. I would recommend, and it’s almost as if the game were designed this way, for any player to just breathe, calm down, and not expect any sort of achievement while playing. Just simply enjoy and experience Daikon Set for what it is. 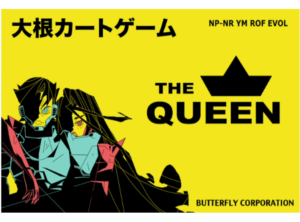 The third game in the Daikon Set is called The Queen. Imagine repelling a ball like in Pong, but then attempting to dodge the same ball simultaneously. The player controls a large rectangle with two colors, cyan and purple. There is a bouncing ball that glides around the edges of the screen. The objective is to keep the bouncing pong ball from hitting the purple side of the rectangle, which represents the queen and hitting the pong ball with the cyan ball. This one has strangely been the hardest one of all for me thus far, though I’ll probably have it figured out better within another day of additional play or so. 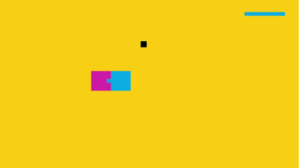 If you are interested in arcade retro style game play, then I would recommend trying the Daikon Set. It is not the most impressive retro title I have played on a more modern console system, but it is fun, and it is certainly hard to beat the price of free.